One such partner is John McCullouch, who serves and works in the Middle East, primarily in Israeli and Palestinian regions. His latest partner letter reflects upon the experiences of a Church of Scotland Delegation in Gaza. Click here to read more.

Children run around and play amidst the rubble, climbing up crumbling stairs and over the debris of rock and broken glass. If you are aged 11, you will have lived through three major wars (Operation Cast Lead 2008-2009, Operation Pillar of Defence 2012, Operation Protective Edge 2014); in addition to continual flare-ups that seldom make the news, such is the normalisation of violence here.

Whoever you think is the blame for the situation in Gaza, it is the young people and children who bear the brunt, and they have done nothing to bring about this conflict. None of the children voted for Hamas in 2006, and most of them have never stepped foot within Israel. Gaza has one of the youngest populations in the world, and is one of the most densely populated, with around 2m people living on a strip of land 25 miles long and 7 miles wide. 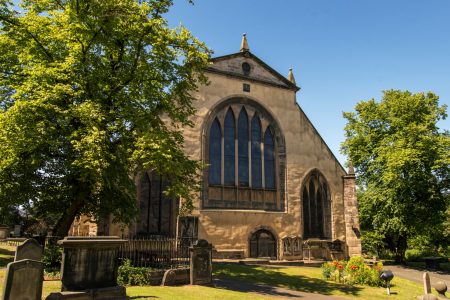